An IIM Ahmedabad Gold-Medalist (2009) who worked initially with the Boston Consulting Group. He left the international corporate career then and worked as an Advisor and Officer on Special Duty (OSD) to the 11th President of India, Dr. A.P.J. Abdul Kalam from 2009 to 2015.

An author of 15 books, including three as co-author with Dr. Kalam. In 2012, Dr. A.P.J. Abdul Kalam and Srijan Pal Singh founded the Kalam Foundation where Srijan was appointed as the Managing Director by President Kalam. After the demise of Dr. Kalam in 2015, Srijan continued the visions of the 11th President by running under the banner of Kalam Centre, where he is now the CEO and Founder.

Vikhe Patil Memorial School (VPMS) Nashik, was established in the year 1995, initially for pre- primary classes, near ‘Kalidas Kala Mandir’, which later shifted to the current premises in the academic year 2001-02.  Know More 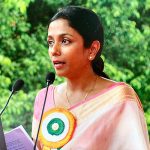 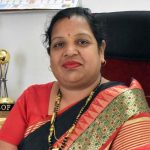